av Kartsa
Hi to everyone on this forum. I made an account to present my comic, named Karim. The story takes place in Sweden's beloved neighbor Finland, during the 90's. Corruption and crime are out of control in this dystopian version of Turku/Åbo. The main character Karim Mabare, is a 16 year-old boy trying to survive in this hellhole. During the story he has to make difficult choises and try live with his decisions. Telling more about the plot, would mean giving away spoilers and I don't plan on doing that.
By now you must be wondering why i don't write in swedish, because they teach that in Finland. Lets just say that i was never really excited about learning it properly, so I will write in english so that people can actually understand.
I posted the cover to the comic's first issue, which is already published in Finland. We also have a homepage, but unfortunately the english version is still being worked on... But anyways feel free to check the site out: karimsarjakuvat.weebly.com

av Magnus
Looks really interesting!
A dystopian story set in the past.

I like the cover design.
Would be nice to see some samples from inside the album.

How does the title translate to swedish?
Automatic translate gives, "bytesdjur och rovdjur".

av Kartsa
Well i checked it out on google translator, and the translation from the english version (The prey and the predator) was: bytet och rovdjur. I probably wont translate the book to swedish, atleast not by myself. But were currenty translating it to English, so i might post some of the first pages soon.

av Wakuran
Google gives me a warning about Weebly. It might not be serious.

"Bytet och rovdjuret", if you want to preserve the tense...

Are there any further plans for the publishing schedule? Are you able to buy the magazine in regular convenience and grocery stores? In Sweden, the costs for going into distribution is very high, due to what is practically a monopoly.

av Kartsa
Ok good to know about that warning. I might look into it later on. But I can personally guarantee that the comic's homepage has no malware or anything like that.

But about the publishing schedule... Well currenty we're working on stage 1, which is raising awareness about the on forums and other places. After we think there might be enough demand in order to make an english version of the comic, then I'll start translating the remaining pages. And when all of this is done, then I would start worrying about the distribution.

av Wakuran
But you mentioned the first comic was already published in Finland? How are you able to get hold of a copy?

av Kartsa
Well yeah you can get a Finnish copy of the comic. For example Turun Sarjakuvakauppa (Turku comicbook store) sells all of the first three issues that have been published in Finland. It's also possible to order one from the comic's homepage. But i really don't know if it's of much use to you when you can't understand it.

The issues that have come out so far are:

av Wakuran
Can't hurt to provide a link when you're in the process of advertising, anyway.

av Kartsa
The link to the store's homepage is here: http://www.sarjakuvakauppa.fi/

And about the title of the fourth one... No that really is the way it's supposed to be, but i admit that i got the idea from the song (Don't fear the reaper). The title represent's one of the characters that will make his debut in #4. A former hitman of the goverment/now a retired vigilante named the ripper.

Wakuran skrev:Can't hurt to provide a link when you're in the process of advertising, anyway.

av Kartsa
Now that I got started, I might as well post the link's to the covers of the second and third issue.

ps. How can I post images here, on the forum?

av Wakuran
If you have the direct link to the image, you just click on "fullständig redigerare" and include it between the image tags. Should work as long as the web hotel allows external linking.

av Kartsa
First of all, sorry for the long delay in any kind of news. We have been very busy back in Finland, and now our work seems to have finally paid off.

Without further delay, here is the cover to issue #4: Fear the Reaper

Our second big news is that we have now acquired a publisher for our collection of the first five issues. It is also now possibly a matter of weeks before the English digital version of Karim #1 is available. So far we have planned to make the first issue a free read (but no promises).

more news about this soon...

av Kartsa
Here is some new info about the series. I'll start with the good news

First of all, we have now completed translating Karim #1. It still requires some finishing touches however... We also have now made an English homepage for the comic. The page is still far from perfection, but it's being constantly updated. For anyone interested, we have already added some translated preview pages.

The bad news are that, regardless of my attempts to contact Swedish publishers, we haven't managed to strike a deal yet. But we're not giving up that easily, and we're planning on releasing the first translated issue as an E-book that can be read as a pdf-file. But more news on that in the summer.

But go check out the preview pages and the site. Comments are appreciated and if you like what you see, spread the word about the comic.

The collection of the first five issues is going to be published by Underbelly Comics http://www.underbellycomix.com/
We're also on Twitter and Facebook. 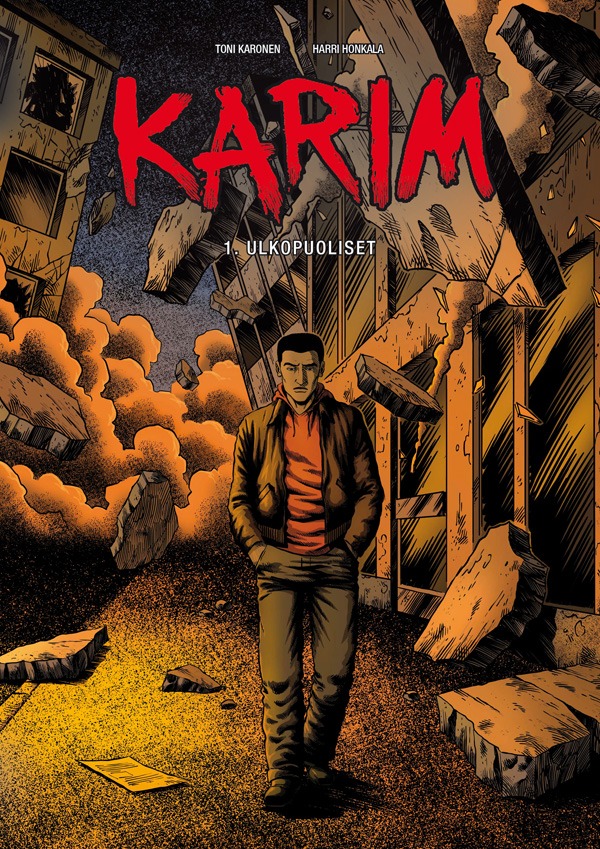 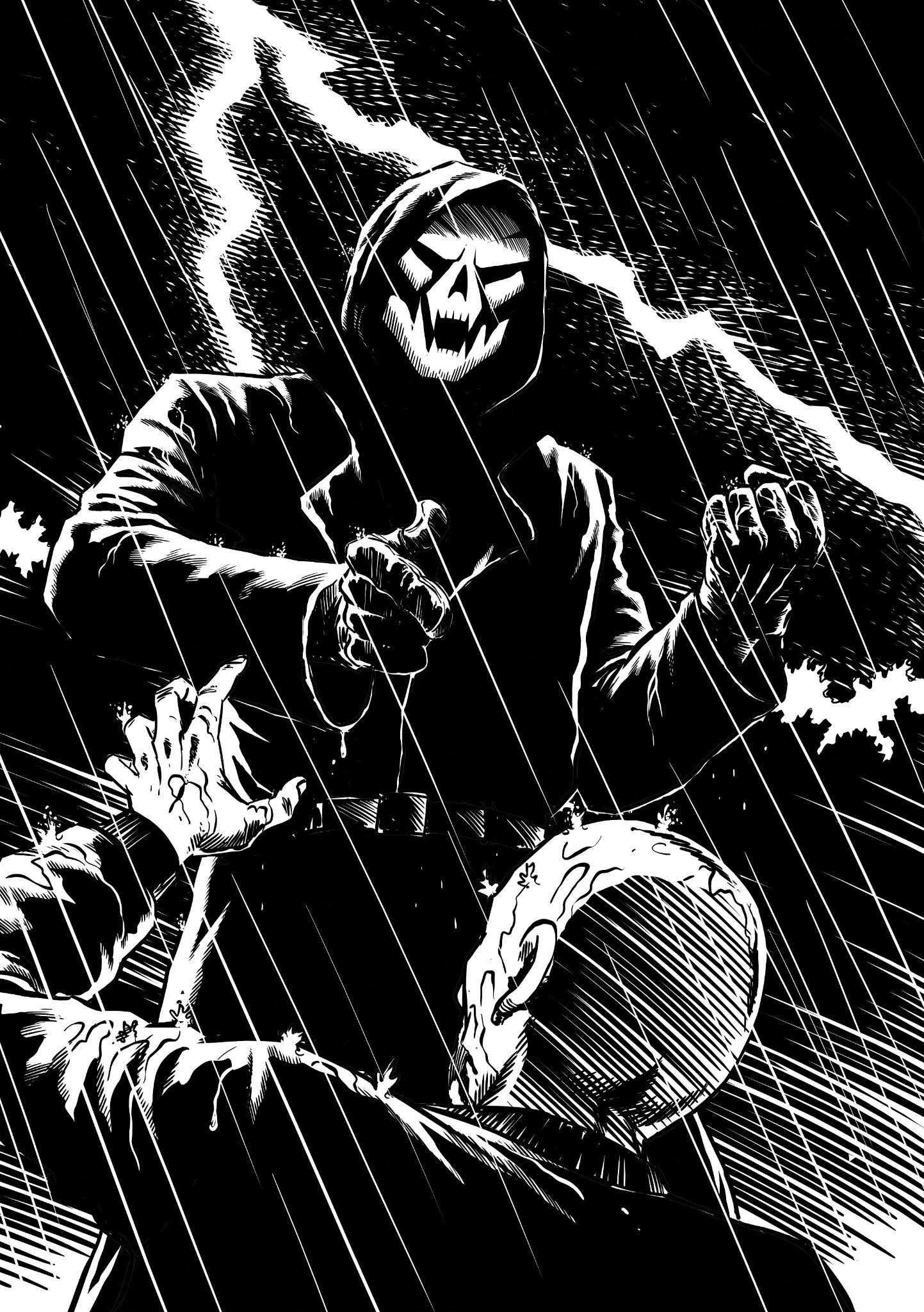